Home » General » What is Labor Day and Why do we celebrate ?

What is Labor Day and Why do we celebrate ?

What is Labor Day and Why do we celebrate?. Labor Day, the first Monday in September, is a creation of the labor movement and is dedicated to the social and economic achievements of American workers. It constitutes a yearly national tribute to the contributions workers have made to the strength, prosperity, and well-being of our country.It was created by the labor movement in the late 19th century and became a federal holiday in 1894.

Labor unions themselves celebrated the first labor days in the United States, although there’s some speculation as to exactly who came up with the idea. Most historians credit Peter McGuire, general secretary of the Brotherhood of Carpenters and Joiners and a cofounder of the American Federation of Labor, with the original idea of a day for workers to show their solidarity. Others credit Matthew Maguire, later the secretary of Local 344 of the International Association of Machinists in Paterson, N.J. 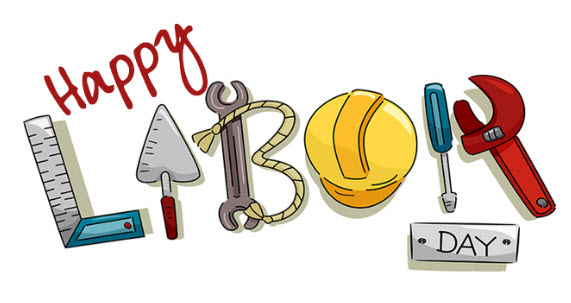 The first Labor Day parade occurred Sept. 5, 1882, in New York City. The workers’ unions chose the first Monday in September because it was halfway between Independence Day and Thanksgiving. The idea spread across the country, and some states designated Labor Day as a holiday before the federal holiday was created.

May 1 is also a national holiday in the Russian Federation and Asian countries such as China, Thailand, and Vietnam. The Labor Day holiday, or Labour Day, is celebrated in the United States and countries such as Australia and Canada at different times of the year.

Why Do We Celebrate Labor Day?

a) The original intent of Labor Day was to provide a holiday that would honor the social and economic achievements of American workers. Essentially, it was intended to be an annual national tribute to the contributions workers have made to the strength, prosperity, and well-being of our country.

b) During the industrial revolution, in particular, you can see how American workers built a strong nation with infrastructures, such as railways, dams, roads and more. While rich and powerful men, such as Andrew Carnegie often get the credit, it was their workers who turned these great men’s visions into reality.

c) Because of the long hours, unsafe and unsanitary working conditions, and poor treatment by management, labor unions organized and workers began holding strikes and protest rallies. Unfortunately, these events often turned into dangerous riots, such as the Haymarket Riot. The violence that day in Chicago included a bomb thrown at police and a total of eight deaths.

d) The idea of a labor holiday caught on as more and more people sought a peaceful way to protest for better working conditions and for eight-hour workdays. The holiday evolved over time, “but most historians emphasize one specific event in the development of today’s modern Labor Day. That pivotal event was the parade of unions and a massive picnic that took place in New York City on September 5, 1882,” says Linda Stinson, a former U.S. Department of Labor’s historian.

e) But the event on September 5th didn’t go smoothly. Chaos reigned during the parade and the picnic and speeches afterward were overshadowed by “an abundance of cigars and Lager beer kegs… mounted in every conceivable place,” notes the U.S. Department of Labor. While almost 25,000 union members and their families attended, the event turned out to be a fairly disastrous Labor Day celebration.

f) Membership in labor unions in the United States reached an all-time high in the 1950s when about 40 percent of the workforce belonged to unions. Today, union membership is about 14 percent of the working population. Labor Day now carries less significance as a celebration of working people and more as the end of summer. Schools, government offices, and businesses are closed on Labor Day so people can get in one last trip to the beach or have one last cookout before the weather starts to turn colder.